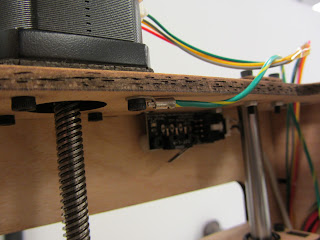 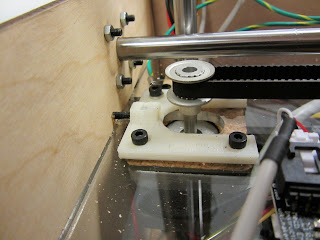 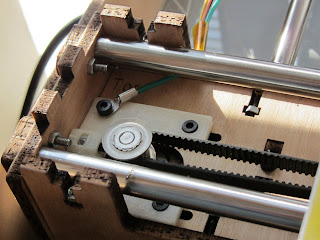 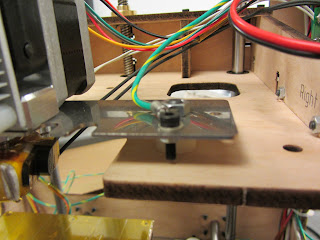 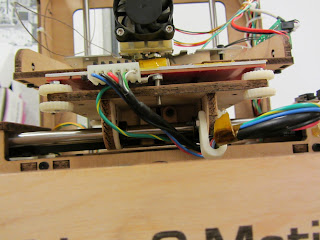 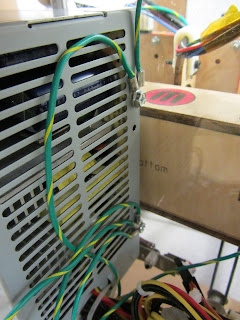 While I was making this modification, I also made the modification described here to all four stepper motor controllers.  The power supply provides 12V and 5V on each connector.  The stepped drivers only use the 12V, generating 5V locally through a linear regulator.  I cut the regulator off each board, and then added a jumper to draw local 5V from the power connector instead.  In theory this should make the stepper controllers more reliable.  I haven't noticed any obvious difference, but it seemed like a good precaution to take.
Posted by ellindsey at 10:52 AM